Do Undocumented Immigrants have any Protections under the U.S. Constitution? 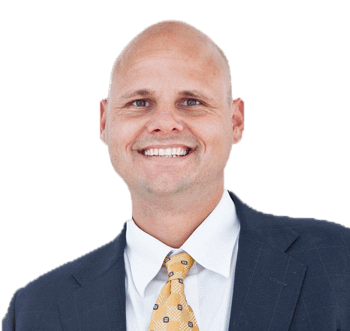 Does the U.S. Constitution apply to undocumented immigrants?

First, we must look to the language in the Constitution. Many parts of the Constitution use the word people or person not the word citizen. Those provisions clearly apply to everyone in the USA, regardless of their status as a citizen or not. Therefore, many of the basic rights such as freedom of religion, due process and equal protection under the apply to citizens as well as non-citizens. However, there are some distinctions in actual practice.

The Constitution does not prohibit anyone from voting but instead spells out who cannot be denied the right to vote such as sex and race through the 19th and 15th Amendment respectively. If you are not a citizen and caught voting in an election it could lead to prison and deportation. Some states do allow local governments to determine in non-citizens can vote in local elections.

The 6th Amendment provides that the accused shall have the assistance of counsel for his defense. In the seminal case Gideon v. Wainwright the Supreme Court held that if a person does not have the ability to hire counsel in a criminal proceeding the government must provide counsel.  However, deportation matters generally are civil matters, there the right to counsel does not attach in those instances. Crossing the border is a misdemeanor and the right to counsel only attaches for felonies.

The right to due process is at the heart of many immigration cases. In Reno v Flores, Justice Scalia opined that the it is well established the fifth amendment entitles aliens to due process in deportation proceedings. In reality, though immigrants have far fewer rights than it appears at first blush. In immigration court documents do not have to be authenticated and hearsay is admissible unlike other US courts. If an immigrant is within 100 miles of the border expedited removal proceedings can occur and the only exception to this is asylum seekers who must be granted a hearing.

There are other examples that we will look at in a future post.

Jason has spent his entire career fight for those who need help and often times do not get the help they need. In addition to Immigration Law, Jason has worked on Criminal, Social Security Disability and Personal Injury cases which gives him diverse experience on many legal issues.

Thank you for contacting us. We will get back to you shortly.

Please complete all required fields below.

These are difficult matters and you need an attorney that will work with you in a manner you feel comfortable with. If you want a team that will utilize technology and collaborate with you to achieve the best possible outcome for you or your loved ones while keeping costs reasonable, call us NOW.